Convinced that only through a close union of all local authorities it is possible to protect and promote the ideals and principles under the European Charter of Local Self-Government, the Moldovan Constitution and other laws in force;

Recognizing the need for establishing and continuing joint efforts and contributions of a long term vision on local development, supported by thorough research and providing expertise to the group of consultants in the service of decentralization, as state policy in the Republic of Moldova;

Convinced that without a visionary and plenary policy of the decentralization and consolidation of the local autonomy, Moldova will not be able to reach the central goals of modernization and Europeanization announced on political level;

Having as legal bases the provisions of the Constitution of the Republic of Moldova, the European Charter of Local Self-Government, the Law on administrative decentralization and other national and international acts:

We, the representatives of local communities, gathered in the Assembly of the establishment of the Congress of Local Authorities in Moldova (CALM), March 21, 2010:

1.     Today in Moldova, the biggest problem the local government is related to the formal, incomplete and fragmentary character of the initiated reforms, but not fully formulated. Although 4 years have already passed since the adoption of latest package of laws on local public administration (December 2006), proper application is in flagrant contrast with high expectations of local authorities and obligations of Moldova to the Council of Europe. While promising to introduce a finance system of local government, matched with the legislation on decentralization, we find that these promises haven’t been translated into facts. The lack of adequate and modern framework for local government finances reduce to zero the initial effect of reform, stimulating deep disappointment.

3.    The financing of the local government and the staff situation in the area shows that local authorities are considered and transformed in some powerless annexes of the central authorities, which in 80-90% of their work are dealing with secretarial work and tackling issues delegated in a abusive manner by central authorities. However, local authorities have few financial means and functional capacities to deal with specific issues directly related with the local interest: roads, water, sewage, etc.

5.    We state that the absence of concrete and consequent actions regarding the establishment of a decentralization and consolidation of the local autonomy dramatically affects the image and the credibility of any central government, regardless of its ideology and premises of the beginning of the governance, both internally and externally. Particularly, we would like to note that the Government of Moldova should have a long-term vision of decentralization, involving local authorities in some permanent form of consultancy. The lack of a permanent form of consultancy and further practice of adopting important acts for the LPA without their prior notice, generates tensions and leads to questionable acts from the point of view of their conformity to the local autonomy and decentralization’ principles. Without prior consultation with the local powers regarding their existence and functioning, there can be no democratic government, which maintains a deep administrative and political instability in Moldova.

6.    It is clear that local governments must strengthen their positions and requirements. This way, we invite all the local public authorities and their representative associations to support and actively participate in the process of unification of all local powers within a single national organization, capable to defend and absorb the true interests of local communities. We believe that the problems that local authorities face are common, and the public interests constitute an area of cooperation and not of the party struggles. Today we have to recognize that for us the local elected and mayors, the main party is – our local parish that chose us and the problems that we must solve every day and with which we usually have to struggle alone. We believe that it has come the time that all local authorities, irrespective of his political views, decide on the unification of forces on specific areas related to local government, for their voices finally be heard and considered by the decision making factors. In this regard, only the creation of the Local Authorities Congress of the Republic of Moldova may mean that platform of unity and action that can provide to all LPAs and their associations a unique opportunity to consistently protect legitimate rights and interests, becoming a center of the LPA for assistance and advice.

7.    Dear colleagues, we are convinced that after years of unnecessary and unreasonable division, regardless of political views, we have important things that unite us all together, and the issues affecting our towns are generally very similar. It is in our common interest to promote state policies that deliver results for local communities by strengthening local financial autonomy through decentralization and subsidiarity. These problems are not being resolved for years, and one of the main reasons is that so far we have been divided and we couldn’t defend ourselves as a whole, demonstrated and professionally the rights and interests of our citizens whom we represent.

8.    We address to the Moldovan Government from which we expect the beginning of a open and effective cooperation based on equality and respect of the interests of the whole country and communities which we represent. We need this cooperation because in this way we can apply the spirit and the rules of the European Convention, which Moldova has ratified and which it has to respect. We ask to be taken urgently concrete actions for plotting and unflinching prosecution of the objective of decentralization and strengthening of the local autonomy in Moldova: particularly – the long-awaited creation of the Special Commission of the Parliament of Moldova for decentralization and the establishment of the Joint Commission next to the Government of Moldova on the strategy and policy of decentralization.

9.    We address to the leaders of all democratic political parties from Moldova to refrain from actions that would lead to the dispersal of local and national forces, sustaining only to strengthen and unify the actions of local authorities in order to develop a system that will support but not limit the local autonomy, protect the rights and freedoms of citizens and won’t enslave them.

10.  Taking as a basis the stipulations of the European Charter of Local Self-Government, we want to establish a real and effective dialogue with central authorities, based on the equality and mutual respect principles. We believe that it has come the time for deeds and not words to show the commitment of all public authorities, local and central, to pursue the spirit and principles of association set by the European Charter of Local Self-Government, showing that, in Moldova, local democracy and community of interests can be achieved by consensual means, under mutual respect and in the interest of the public well being.

This statement is adopted at the meeting establishing the Congress of Local Authorities in Moldova (CLAM) from March 21, 2010 and is opened for signature for all local authorities and their associations from Moldova. 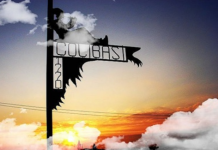 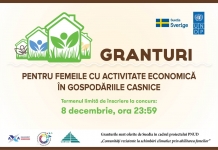 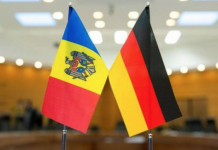